There are different ways to deal with pain without medications. Some are based on physiological characteristics, others on psychological and emotional factors. 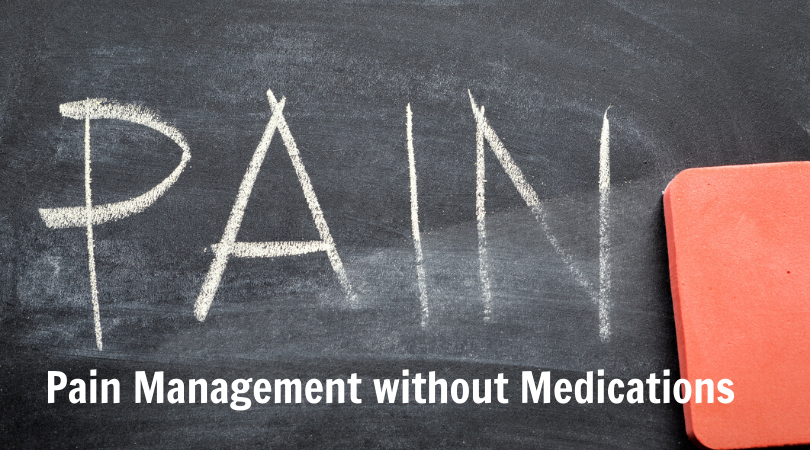 What is physical pain?

Physical pain is something that a person regularly experiences throughout his life. The question arises whether the pain is really dependent only on physical factors. Indeed, in different situations, people react to the same stimulus in different ways. It turns out that psychological attitudes and emotions are also of great importance.

Despite the hothouse living conditions, we still face pain almost every day: the tooth got inflamed, hit the corner of the cabinet, running nose, and etc.

Painful sensations can bring pleasure except in case of psychological disorders or in cases when they are associated with pleasant events, but in general, they are perceived as something sharply negative. Fortunately, there are ways to cope with pain without any pills and injections, but first, you need to go deeper into pain nature.

There are nerve endings on the skin and surfaces of internal organs that are needed to evaluate body damage. Especially a lot of these endings are located on the eye cornea and tooth pulp, so toothache is considered one of the most unbearable.

As a rule, the pain is not felt in a particular place, but “spreads” over a vast area. This variety is called protopathic. It is often found with severe injuries and damage to internal organs.

However, protopathic pain is not the only type. There is also epicritic, which is necessary to quickly conduct pain and transmit accurate information about the lesion size. This pain is not particularly severe.

Knowing these varieties allows you to find a way to get rid of severe pain.

It sounds strange, but it turns out that mild pain can help overcome severe pain. This phenomenon was used 2 centuries ago when removing a tooth, dental assistants pinched the patient, distracting him from the main source of sensations. The thing is that epicritic sensitivity is able to suppress the protopathic.

Experiments by neurophysiologists have confirmed that epicritic pain inhibits the excitation of nerve cells from protopathic. As a result, protopathic sensations do not reach the brain at all, which means that a person does not feel severe pain.

This can explain the fact that when a person experiences suffering, for example, from an injury, he bites his lips. At least that’s how you can distract yourself before the doctor arrives and an analgesic injection will be done.

To understand the meaning of pain

The pain directly depends on what importance is attached to it. For example, in different cultures, birth pain is perceived differently: somewhere, women can work until the labor and do their own business. They start working again immediately after the birth of the child.

In Western cultures, birth pain is given great importance. A woman is initially disposed to suffering, because of which they have really experienced it during the process of childbirth.

It is proved that concentration on pain and expectation increase them several times. The next way to avoid pain is as follows: try not to pay attention to it and not give it much importance.

In addition, the pain decreases if the person is sure that everything will pass soon. For example, when patients were given placebo tablets during the study, their discomfort was reduced. Scientists attribute this to the production of endorphins from the expectation of fast relief.

No less important is the mood, the emotional background that accompanies the pain. This position can be confirmed by the studies of the doctor G.K. Becher, who observed the perception of the pain of wounded soldiers during the Second World War.

The doctor noted that wounded soldiers needed less morphine to relieve pain than people in peacetime after surgery. Becher associated this with the personal emotional state: the soldiers were happy that they were alive, while people after surgery, as a rule, are pessimistic and easily depressed.

Thus, a positive attitude is of great importance for the perception of pain. It is another reason to become optimistic.

A large number of experiments prove that the psychological attitude of a person greatly affects pain sensation. For example, athletes often do not feel pain in competitions, because all their attention is directed towards achieving the highest goal – victory.

One study by scientists from the University of Oxford once again confirms the importance of mental factors. The experiment involved 12 students, among whom were Catholics, atheists, and agnostics. During the experiment, the participants were shown two paintings: “Lady with the Ermine” and “Madonna”, made by Sassoferrato, a painter of the 17th century. After showing the picture, scientists launched an electric discharge.

The experiment showed that believing students after watching “Madonna” felt less pain from an electric discharge than agnostics and atheists. Moreover, after watching “Ladies with ermine”, all participants felt approximately the same level of pain.

Thus, the mental state of believers who saw the image of their faith changed. It allowed them to feel less pain. The author of the experiment emphasized that the same state can be achieved through meditation.

Citycenterpharmacy.com is a website that contains materials for educational purposes only. This information belongs to medical subjects. Posts published may contain brand names of drugs, substances and pharmaceutical companies. Our main goal is not to promote them but to make people aware of these medical issues. Our company has no relation to the drug manufacturing process. We also bear no responsibilities for incorrectness or irrelevance of information posted on the website.

Our company also is not responsible for references to third-party websites and their content. We do not check the correctness of the information posted on them. If you have pretensions, please, contact our customer care department. The operator will inform you about all possible aspects.

Our online company has no relation and connection to Central RX Pharmacy. If you need to get to know about the previously mentioned company, surf the Internet, please. City Center Pharmacy is an individual facility.